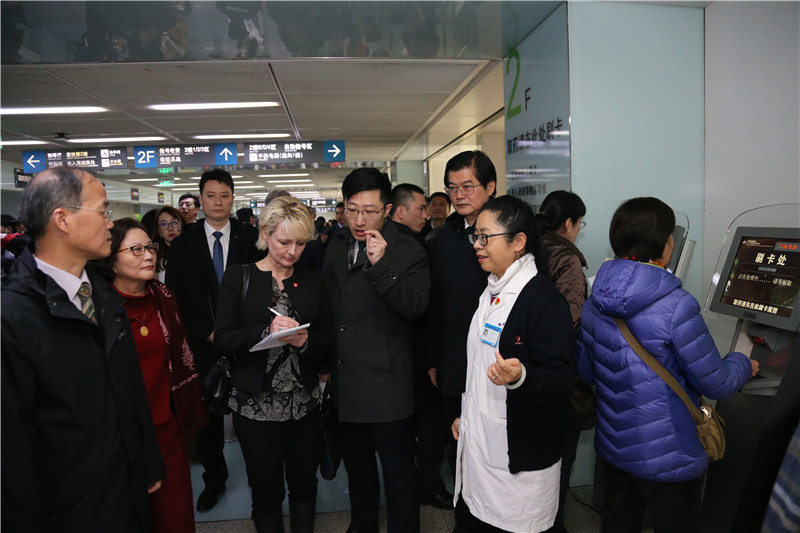 On January 1, Her Excellency Isabelle Moret, President of the National Assembly of the Swiss Federal Parliament, Luo Zhiyi, Swiss Ambassador to China, Member of the National Assembly of the Federal Parliament, Laurent Villey, Chairman of the Swiss-Chinese Group, and Zeng Liwei, Consul General of Switzerland in Shanghai, etc.14 People visited Nanjing and visited Nanjing Drum Tower Hospital that afternoon.

Mr. Zhang Wansang, the chief designer of Lemanarc of Swiss Swiss Design, accompanied the visit and introduced the "Island of Life" and "Island of City" design concepts of the Nanjing Gulou Hospital South Expansion Building to the speaker and her group.

During the visit, Speaker Moret listened and took notes. She was very satisfied with the visit. Nanjing Drum Tower Hospital's long history, modern architecture, humane care, medical technology, advanced equipment and scientific research strength left a deep impression on her . She said that she will pay attention to and promote the medical and health cooperation between the two countries and look forward to the joint efforts of China and Switzerland to contribute to human medicine.