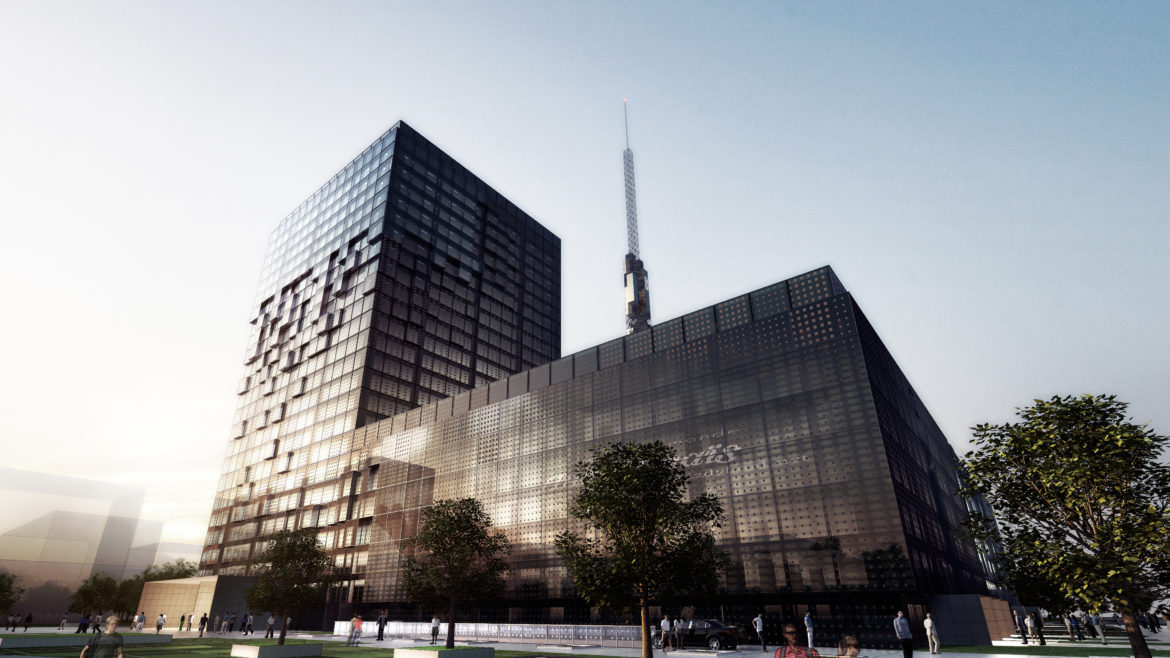 Shanghai Pudong New Area Cultural Broadcasting and Television Center is about to be completed and put into use!

The Shanghai Pudong New Area Cultural Broadcasting and Television Center, designed by LEMANARC will be completed and put into use!

The project is located in the Zhoukang area of ​​Pudong New Area, Shanghai, on the west side of North Luoshan Road, Xiuyan Road, with 37 mu. In the 2010 International Program Competition, the “Media Dragon” program designed by LEMANARC won the first place and became the implementation plan.

In the functional area division, the space of the bottom 4 layer is mainly used as a large and small studio, a performing arts room, etc., and the upper part is set as an office space, wherein a television business room, a broadcasting business room, and a shared room of the two are arranged in the middle of the tower; Meetings, administrative offices, etc. are arranged in the upper part of the tower. The basement level is used for parking and building electromechanical rooms. The second basement is a pure garage.

The whole project was inspired by the holistic box image: the designer wanted to build a large box that could hold all the required functions and cut it, opening the most common areas of the building, such as entrances, corridors and Stairwell and so on. These cut parts are placed around the façade, and their presence makes the building's opening more prominent, attracting visitors to discover what is hidden in it.

The design of the building skin is inspired by the pixel concept on the TV screen, and the square plate symbolizes the pixel, which is consistent with the identity of a cultural broadcasting center. In the design of the building facade, the square symbolizing the "pixel" is roughly divided into three types according to the distance of the protruding façade: 20 cm, 60 cm, 100 cm. The “pixels” are pushed and pulled out to create a variety of dynamic façades that give the building its vitality, such as a tossing dragon, slamming up from the northwest of the site and straight into the sky.